In August 2014 a delegation representing Council, business, education and indigenous organisations travelled to Rizhao, Qingdao and Shanghai to further develop the relationship with Lanshan District, establish contacts to enable cultural and educational exchanges for teachers and students and to meet with key investors from China.

In November 2014 Mayor Zhang Guiwei of the Lanshan District of Rizhao, China and Mayor Peter Long of the City of Karratha officially signed a Sister City agreement to focus on trade, education and the promotion of cultural links. 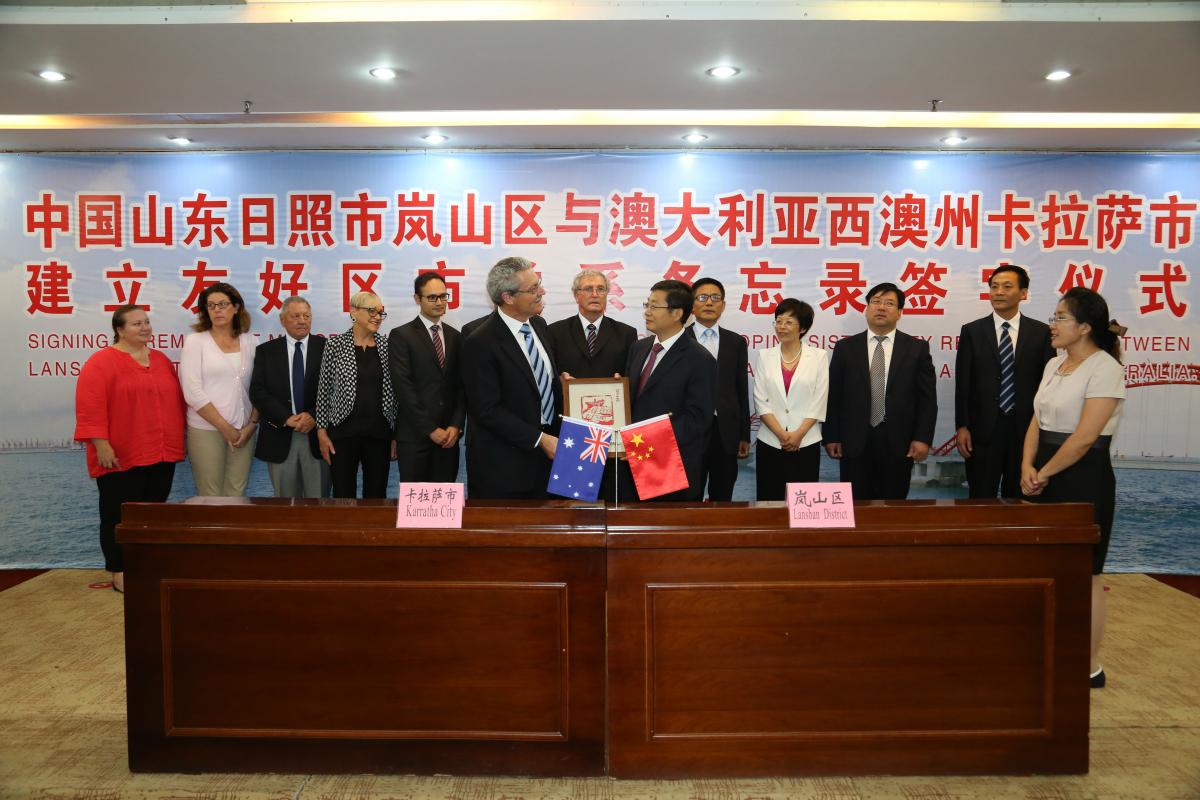 Karratha gets its first Sister City

Karratha to have first ever Sister City

Business and education the focus of China mission