This page lets you know who your elected members of Council are, the wards they represent and their terms. Additionally we also provide for your reference information on the City’s election process and key dates.

The City of Karratha is required to conduct local government elections every second year on the third Saturday in October. The Members of Council (Mayor and 10 Councillors) are elected for four year terms, with half of the Members of Council’s terms concluding at each biennial election. The City has chosen to conduct its ordinary election as a postal election run by the Western Australian Electoral Commission. The Commission appoints a Returning Officer who oversees the elections which includes taking candidate nominations and supervising the count on election night.

The next date for ordinary local government elections is 16 October, 2021.

Visit the WA Electoral Commission's website to check if you're on the electoral roll. You do not need to renew if your details are correct on the State’s Residents Roll for the district of Karratha.

If you are not on the State’s Residents Roll to register as a resident of the City of Karratha you must complete or update (if you have recently re-located from another part of Australia) your Australian Electoral Commission profile. You can enrol online or complete an enrolment form by following this link: Enrol to vote for Commonwealth, State or Local Government.

Enrolments can be completed at any time however to be eligible for an upcoming election you will need to ensure that your enrolment has been submitted at least 50 days prior to the election day for it to be considered. In regards to the 2021 ordinary government elections, this date is 27 August 2020. Any enrolments received after this date will not allow you to participate in the 2021 local government elections however will allow you to be involved in elections after this date for the City of Karratha.

If you are an owner or occupier of land and resident outside of the City of Karratha, you can also vote by completing one of the following forms. If you claim has been accepted, this will allow you to be on the Owners and Occupiers Roll for the City of Karratha for a period of two ordinary election periods. After the second election, you will need to re-enrol. If you need any assistance, please contact the City of Karratha on 9186 8555.

Members of Council are represented amongst electors from each of the Wards and are elected to serve the whole local government district.  The City of Karratha is currently represented by: 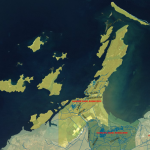 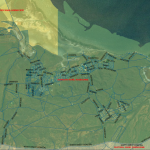 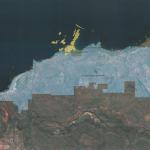 Legislation introduced in June 2019 now requires prospective candidates (including sitting elected members renominating) to undertake an online induction as part of the nomination process. This is to ensure that candidates are fully aware of the roles and responsibilities of being an elected member of the community. A link to the Department of Local Government’s website and the Candidate Induction is: https://www.dlgsc.wa.gov.au/local-government/local-governments/council-elections/local-government-candidate-induction.

More information can be sourced from the Department of Local Government’s website and from the WA Electoral Commission’s website.

For further information please contact the City of Karratha on 9186 8555.