A plan which would see the development of a 4-star hotel in Karratha's city centre will be considered by Council following a public submission period.

Under the proposal the City of Karratha would become the landowners of The Quarter Hotel site and invest up to $10 million towards fit out of the $19.7 million hotel development.

The City would recover approximately $20 million in lease repayments and $8.8 million in rates over the 30-year lease period.

In additional the project would create more than 50 jobs through construction and 40-50 permanent local hospitality jobs as part of the hotel operations.

City of Karratha Mayor Peter Long said that while it was a somewhat unusual project for a local government to be involved with, the proposal was in line with Council’s Strategic Plan and is consistent with the City’s vision of becoming Australia’s most liveable regional City.

“Development of a new type of hotel offering in Karratha would generate significant economic and community return through short-term construction and ongoing operational employment opportunities, but also by supporting the nearby businesses,” Cr Long said.

“We know there is already demand for high-end accommodation in Karratha and with tourism and conference markets expected to grow in the near future it is important that we have quality short stay options available for visitors.”

“In addition, if developed, the operator estimates that they will spend $26.3 million marketing the hotel and the City over the life of the agreement which will generate a great deal of exposure for the City, and importantly most of the grassed area that the community has come to love, will be retained.”

If the proposal were to proceed, the City’s contribution to the project would come from Council’s financial reserves which have traditionally been invested in long-term bank deposits.

The financial reserves are kept for significant capital projects that are required in the future such as redoing the airport runway and major road upgrades.

Submissions about the proposal can be made to the City of Karratha before 4 July 2018.

For more details and the full business case visit: www.karratha.wa.gov.au/public-notifications 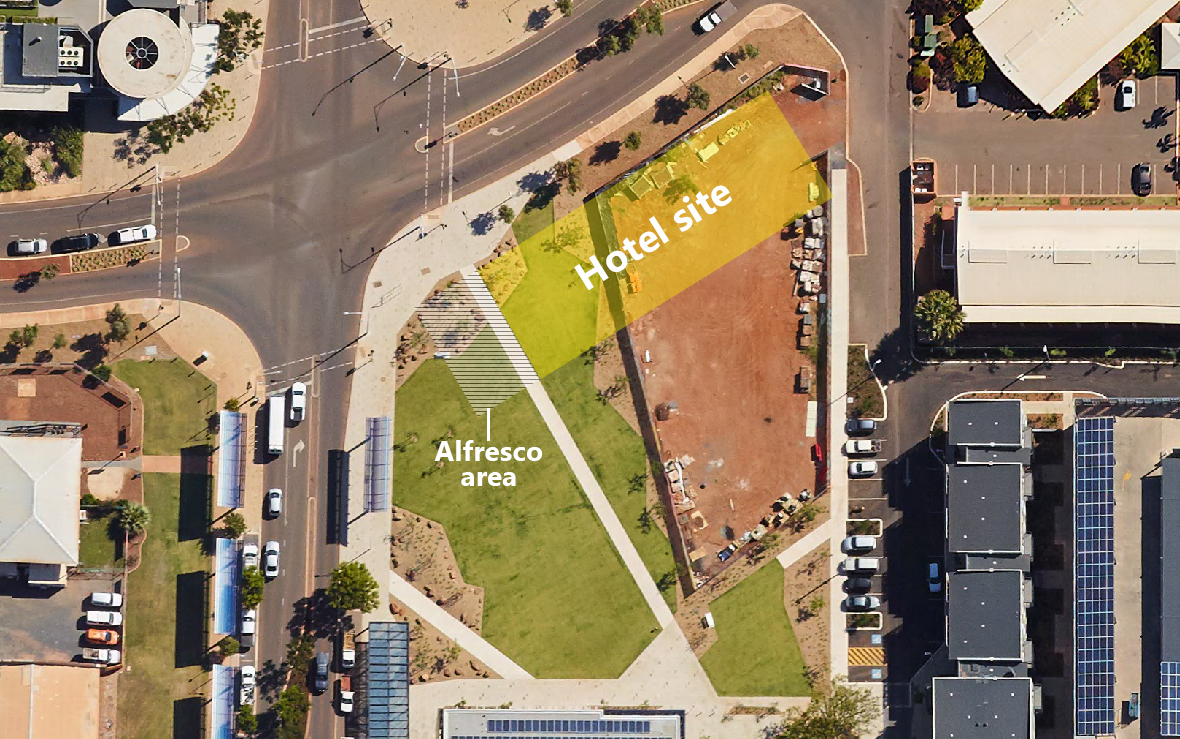